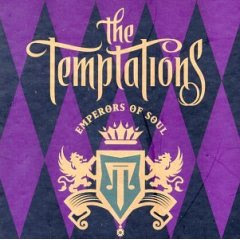 
Papa Was A Rolling Stone is one of the all time great Motown hits and of course is representative of Motown changing their musical direction in a more socially aware direction. Simple love songs didn't cut it anymore. By 1971, Eddie Kendricks left The Temptations for a solo career and Paul Williams had left due to alcoholism. He would commit suicide on Aug, 17, 1973 at age 34. They were replaced by Damon Harris & Richard Street. Papa Was A Rolling Stone was produced by Norman Whitfield and he wrote it with long time partner Barrett Strong. Supposedly The Temptations didn't want to record the song. They thought it was too dark. It also clocked in at 12 minutes. Motown released a seven minute version as a single and it was a number one smash in 1972. The single version is widely available and is on this 5CD box set Emperors Of Soul. The longer version is on a twofer of the albums All Directions & Psychedelic Shack. Either way it's one of my favourite songs. Here are The Temptations performing Papa Was A Rolling Stone on Soul Train in 1972.
The Temptations-Papa Was A Rolling Stone
Uploaded by G-Mike
Posted by frankp316 at 11:49 AM