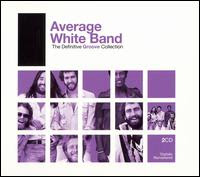 If you listen to the Average White Band's music, you wouldn't think they were from Scotland. But they did come out of the Scottish jazz & soul scene. They sure sounded like they were from Philly. Members were singer/bassist Alan Gorrie, guitarist Hamish Stuart & Onnie McIntyre, sax player Malcolm Duncan, keyboardist/sax player Roger Ball & drummer Robbie McIntosh. After a false start with MCA in 1973, the group signed with Atlantic and legendary producer Arif Mardin gave them the sound that would propel them to the top of the charts. Pick Up The Pieces was their first hit in 1974. Unfortunately they got caught up in the LA party scene and Robbie McIntosh died of a heroin overdose on Sept. 23, 1974. He was replaced by Bloodstone's Steve Ferrone. The group had several hits through the 70s but petered out and they dissolved in 1982. Ferrone joined Duran Duran and Gorrie joined Paul McCartney's band. The Average White Band was reformed by Gorrie, Ball & McIntyre in 1989 and they continue to tour today. Rhino's 2006 2CD comp The Ultimate Groove Collection is definitive. Here's the Average White Band performing Pick Up The Pieces on Top Of The Pops in 1974.
average white band - pick up the pieces
Uploaded by docfromcpt
Posted by frankp316 at 7:59 AM