AccuRadio Song Of The Day-Flo Rida 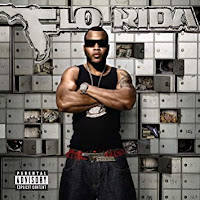 Low was the first of three number one hits for Tramar "Flo Rida" Dillard. Low topped the charts for ten weeks. It was one of the biggest hits of 2008. Dillard hasn't released a full album since 2012. It remains to be seen of he can return to prominence. He was born Sept. 17, 1979 in Carol City, FL. The Flo Rida nickname is obviously because he is a Florida native. Dillard was a member of the rap group GroundHoggz for several years. Fresh Kid Ice of 2 Live Crew took Dillard on the road as a hype man. This is where Dillard learned about the rap business. He joined the rap group Hot Boyz in 2000. After they split up in 2001, Dillard signed with Poe Boy Records with Atlantic distribution. Before his debut album, Dillard made guest appearances with Rick Ross, DJ Khaled and others. His debut album Mail On Sunday was released in 2008. Low was the first single and it topped the Billboard Hot 100 for ten weeks. The song appeared on the soundtrack of the film Step Up 2: The Streets. T-Pain appears on the record. It was written and produced by "DJ Montay" Humphrey who had previously worked with T-Pain. The album was certified Gold and it is Dillard's biggest selling album to date. His other two number one hits are Right Round in 2009 and Whistle in 2012. Dillard latest album Wild Ones was released in 2012. The EP My House was released in 2015 and there were a couple of hit singles on that. Since then Dillard has released a few singles. Supposedly he has been recording and a new album has been rumored for a 2019 release. But nothing has been confirmed. He is touring with TLC and Nelly beginning in June. I would think a new album will be released to promote on the tour. Time will tell. Here's the video for Low by Flo Rida featuring T-Pain.
Posted by frankp316 at 7:30 AM