AccuRadio Song Of The Day-Alastair King 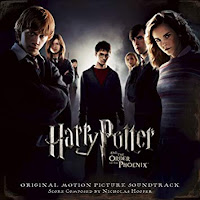 Artist:Alastair King and The Chamber Orchestra of London
Song:Journey To Hogwarts
Album:Harry Potter and the Order of the Phoenix: Original Motion Picture Soundtrack

Though Alastair King started out as a composer, he is mainly the leader of The Chamber Orchestra of London which is a studio group that plays on a lot of film scores including the 2007 film Harry Potter and the Order of the Phoenix. King was born in England in 1967. He studied at Bath College. He got into films as a music assistant on the 2001 film Shrek. Soon after he started arranging and conducting scores composed by Harry Gregson-Williams, Hans Zimmer and Nicholas Hooper. He leads The Chamber Orchestra of London. They are not to be confused with The London Chamber Orchestra which has been around for a century. The Chamber Orchestra of London is a for hire session orchestra working mostly at Abbey Road Studios. Harry Potter and the Order of the Phoenix is the fifth film in the Harry Potter series. John Williams scored the first three films and this was Hooper's first film. So what he does is base much of his music on Williams' original music which is normal for a series like this. On this score, King mostly conducts the orchestra though he worked on some of the orchestrations. King has also worked with pop artists like Jarvis Cocker and Ben Folds and he also works on a lot of commercials. His most recent credit was orchestration and conducting Rupert Gregson-Williams score for the 2018 film Aquaman. Here's Alastair King performing music from Harry Potter and the Order of the Phoenix in Vienna 2011.