AccuRadio Song Of The Day-Meredith Brooks 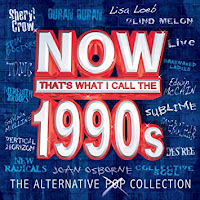 I'm sure you all remember Bitch because it was a top five hit in 1997. It was Meredith Brooks' only big hit. She's not technically a one hit wonder. She was born June 12, 1958 in Corvallis, OR. She had an all female band called Sapphire in the 70s. They released an album and then moved to Seattle. They split up in 1982. Meredith moved to Los Angeles and she released an album in Spanish that was released only in Mexico in 1986. Then she formed The Graces with Charlotte Caffey and Gia Ciambotti. They released the album Perfect View on A&M in 1989. The single Lay Down Your Arms reached #59 on the Billboard Hot 100. The Graces split up when Gia joined Bruce Springsteen's band in 1992. Meredith signed with Capitol Records and the album Blurring The Edges was released in 1997. Bitch reached #2 on the Billboard Hot 100. Alanis Morissette was very popular at the time and many thought she recorded Bitch. Producer Geza "Gexa X" Gedeon admitted that Bitch's resemblance to Alanis was deliberate. He says Capitol really wanted a hit single. Meredith wrote Bitch with songwriter Shelley Peiken who has written hits for Christina Aguilera. The song was nominated for a Grammy. Meredith wrote all the songs on the album. One of her other singles charted and then Capitol dropped her after two albums. You can get Bitch on this various artists comp. She recorded an album in 2002 for a label that promptly went out of business. She also produced an album for Jennifer Love Hewitt. And she recorded a children's music album in 2007. That's the last time she recorded. She seems to be retired. Meredith's problem was similar to Shawn Colvin. She was 39 years old when Bitch was a hit. So she was already too old to be an aspiring pop star. There isn't much upside for that. Here's the video for Bitch by Meredith Brooks.
Posted by frankp316 at 8:14 AM