AccuRadio Song Of The Day-Dido 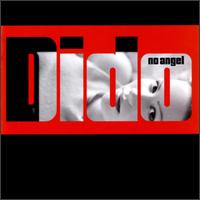 Chances are pretty good that if rapper Eminem hadn't sampled Thank You on his 2000 hit single Stan, British singer songwriter Dido Armstrong would have never had a solo career and would have returned to her brother's group Faithless. There's no question that luck made Thank You a top five hit in 2001. The record company deserves credit for recognizing Thank You's potential. Dido was born Dec. 25, 1971 in Kensington, London, England. She also celebrates her birthday on June 25 as a tribute to Paddington Bear. Her father was a publisher and her mother a poet. Of course you can't talk about Dido without talking about her brother Rollo Armstrong. Though Rollo has produced other artists, he is mainly known for working with his sister. Rollo formed Faithless in 1995 with rapper Maxi Jazz and keyboard player Sister Bliss. Dido sang on a couple of songs and she signed with Nettwerk Records. She appeared on the 1997 sampler Odds & Ends but never recorded an album for Nettwerk. But she got the attention of Arista Records and they signed a deal with Rollo's Cheeky label. Thank You first appeared on the soundtrack of the 1998 film Sliding Doors. Dido's debut album No Angel didn't sell when it was released in 1999. Her big break came when Eminem sampled Thank You on his 2000 hit single Stan. Dido appeared in the video. This created interest in Thank You and Arista re-released the song as a single and produced a new video. Thank You reached #3 on the Billboard Hot 100 in 2001 and the album was certified 4XPlatinum. It was the biggest selling album of 2001, two years after it was first released. Her subsequent albums Life For Rent (2003) and Safe Trip Home (2008) did not sell as well. And though she had a top 20 hit with White Flag in 2003, she hasn't charted since. She still does OK in England. Dido recorded a new album in 2009 but it has yet to be released though she has recorded with Faithless. Dido gave birth to her son in July 2011 so her pregnancy may have delayed the album release. Regardless, my guess is that Dido is unlikely to reach the heights of Thank You again. No Angel is available as a budget CD. Here's the video for Thank You by Dido.
Posted by frankp316 at 8:06 AM