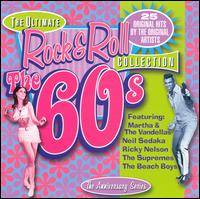 More Today Than Yesterday was the only big hit for Spiral Starecase in 1969. A couple of their other songs charted so they are not technically a one hit wonder. But most folks only know the one song. They were originally called The Fydallions in 1964. Lead singer Pat Upton is an Alabama native and was in the Air Force stationed in Sacramento, CA. The band was formed for an Air Force talent contest. Other members were Dick Lopes on sax, Bobby Raymond on bass, Harvey Kaplan on organ and Vinnie Parello on drums. The band stayed together when they all left the Air Force and they played Vegas and toured California. They recorded a couple of singles for a small label. Then they were spotted by Columbia Records house producer Gary Usher. Usher had worked with The Beach Boys. Columbia signed the band but they didn't like the band name or their appearance. They looked like a Vegas lounge act and Columbia wanted them to look like hippies. The group was named after the 1946 film The Spiral Staircase with a deliberate misspelling so no one would sue them. Their first two singles got regional airplay. Usher left Columbia and Sonny Knight was brought in to produce the Spiral Starecase album. Knight had an R & B hit in 1956 with Confidential and turned to producing in the 60s. More Today Than Yesterday reached #12 on the Billboard Hot 100 but it sold over a million copies and was certified Gold. It probably should have charted higher. Spiral Starecase recorded an album but conflict within the group over money forced them to disband when Upton left. You can get More Today Than Yesterday on this Collectables various artists comp. Pat Upton moved to Los Angeles was a member of Rick Nelson's band until Nelson's death. He now lives in Alabama, performs occasionally and cashes royalty cheques. Harvey Kaplan reformed Spiral Starecase with new musicians and toured the nostalgia circuit. His daughter Brenda K Starr had some R & B hits in the 80s. Kaplan died in 2008 and his wife still owns the Spiral Starecase name. Bobby Raymond died in 1984. Dick Lopes owns a hair salon in Sacramento. Vinnie Parello is retired. Here's Spiral Starecase performing More Today Than Yesterday 1969.
Posted by frankp316 at 8:56 AM